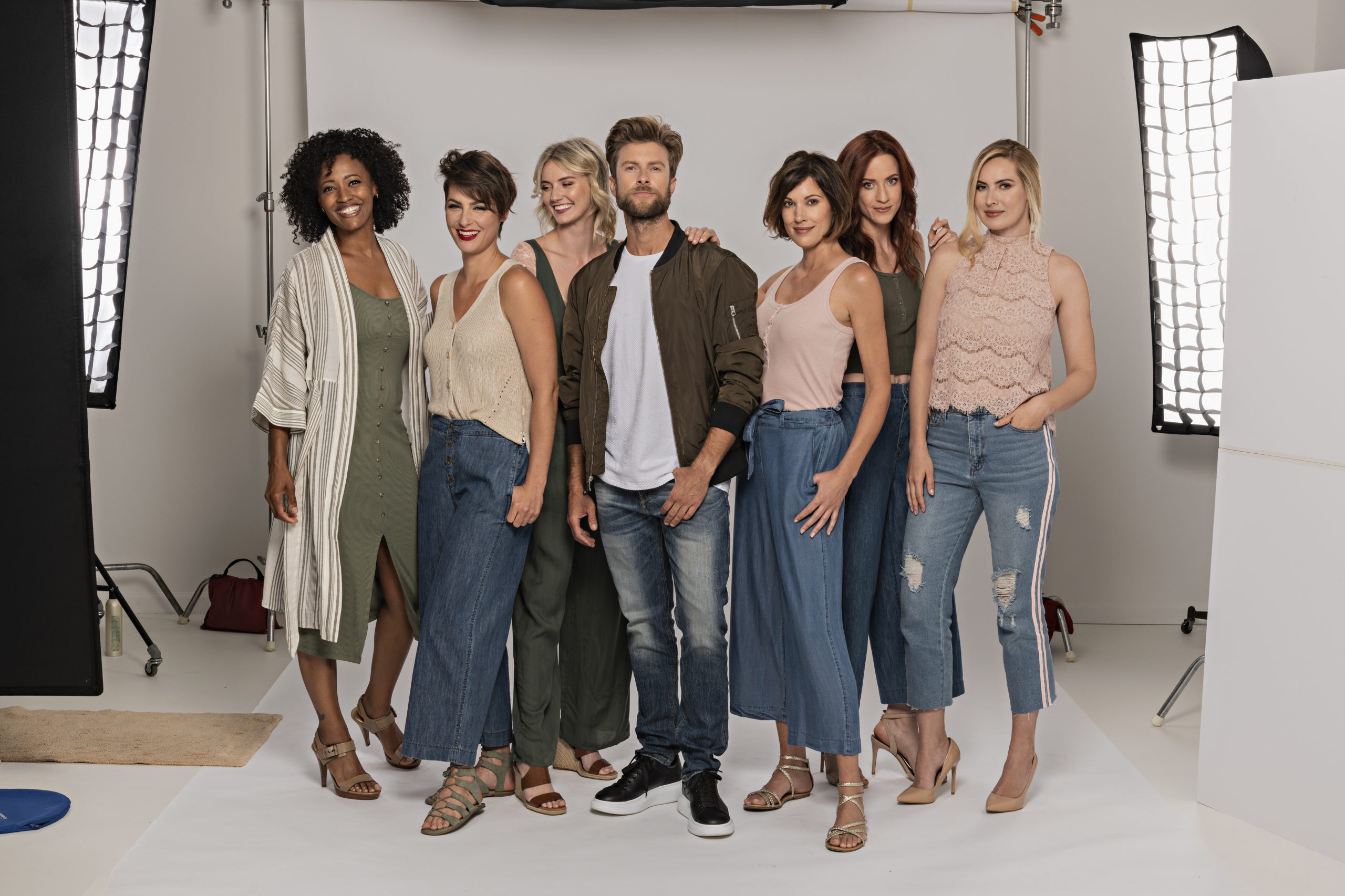 Just 18 months after opening its location in Plymouth Township, Michigan, Greenwell Photography is celebrating the completion of its 200th photo session in the new studio.  The latest shoot was completed for its new client, Douglas J Salons, a high-end Michigan-based salon group that is poised to expand nationally.

Featuring models from the Ford Models agency of Chicago and a half dozen stylists from Douglas J Salons, the photo session captured images that will be used in advertising, franchising materials, and interior décor at the company’s growing number of salons.

Michelle Murad, Executive Director of Marketing for Douglas J, said, “Douglas J has been a leading salon in the state for many years, and we’re rapidly expanding with new stores around the state. For our marketing programs, we typically hire photographers from out of state, but were excited to discover great talent right here in Michigan.  Andy is a world-class photographer, and his photos will provide our brand with the quality image we need to expand and grow.”

Andy Greenwell Photography relocated to Plymouth Township in January 2018 after more than 25 years of operation in Farmington Hills, Michigan.

“The business climate in Plymouth has been a great boost to our studio, and we’ve been excited about the growth and new opportunities we’ve had in the last year and a half,” said owner Andy Greenwell.  “In that time, the studio has hosted two national fashion shoots, dozens of product shoots (from automotive parts to hairbrushes to bourbon), team photos for local companies, photo sessions for actors and models, and executive headshots for many Detroit-area businesspeople.  Some of these sessions have been multiple-day events. We’ve also packed up the studio and taken it on the road to perform location shoots — in Detroit, Chicago, Grand Rapids, and many other places.”

Another recent client, John Blackwell, President, Blackwell Ford, Inc., of Plymouth, says, “I selected Andy Greenwell Photography for my corporate headshots because of their extensive portfolio and impressive studio.  Andy is a true professional and made me feel completely comfortable during the entire process.”

Greenwell, an award-winning commercial photographer, started as a TV cameraman in the news business, moving to Detroit from Illinois in the 1980s to work on PM Magazine.  After earning notoriety (and six Emmy nominations) on the news magazine show and other WJBK broadcasts, he opened his own video studio and built a national clientele for Fortune 500 companies.  He transitioned over time to still photography, which has been his professional passion for more than 25 years.  His hallmark is exceptional lighting skills.

Over the years, Greenwell has photographed celebrities ranging from Beyonce to Blake Shelton, and he produced a series of charity calendars featuring Detroit athletes, working with famed writer Mitch Albom.  His photos have been featured in marketing materials for all major auto companies, national campaigns for the fashion industry, and in publications such as Rolling Stone, Hour Detroit, and many more magazines.

Asked about moving his studio after such a long time, Greenwell said, “It felt like a very big risk.  Honestly, we didn’t know what to expect.  But the move has helped us grow, reach new clients, and stretch ourselves with new challenges and opportunities.  And we feel like we’re just getting started!”

Greenwell Photography is located at 46455 W. Ann Arbor Trail, Plymouth, MI, and is a member of the Plymouth Chamber of Commerce.  https://www.andygreenwell.com

Casual Business Headshots Are In. So Is Quality.
28 Feb 2021
Turning Negatives Into Positives: Our Quarantine Project
5 Jun 2020
“I HATE having my picture taken!”: Five Tips for the Reluctant Subject
6 Aug 2018
1 Comment
Menu